Mumbai: Ajay Devgn, who openly said that he wouldn’t work with Pakistani artiste till the tension between India and it’s neighbor Pakistan settles down, has now announced that a part of his upcoming film ‘Shivaay’s opening collection will be contributed to the Uri attack martyr’s fund. 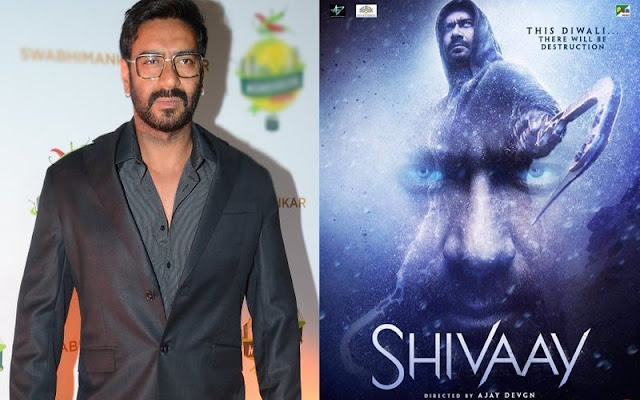 Cinema Owners and Exhibitors’ Association have started a fund raising initiative to help the families of the URI martyrs. The association held a meeting today as they requested people from the industry to be a part of the good cause. In the meeting, they approached Ajay Devgn, who happily agreed to contribute a part of ‘Shivaay’s opening collection.
“As a part of our tribute to the soldiers who lost their lives defending our country at URI, at the meeting of the Cinema Owners and Exhibitors Association, Mumbai held today, it was unanimously decided that this Diwali, our members be requested to donate their share of the first show of any film they screen on Friday, 28th October, 2016 to the family of soldiers who lost their lives defending our country at URI. We request all other cinema owners, cinema associations, multiplex owners and all distributors who are releasing their films this Diwali to join in the good work.
We also approached Ajay Devgn as the producer of Shivaay to contribute his share and he has agreed for the same,” Cinema Owners and Exhibitors’ Association said in a statement after the meeting was over.
Spread the love