Navratri is a major festival celebrated by the Hindus in India with much pomp and gaiety. In this festival, people worship the nine different forms of the Goddess Durga who symbolizes purity, power and divinity. The word ‘Navratri ‘means ‘Nine nights’. It is the longest Hindu festival of the year, spanning over nine nights and ten days. In a year, Navratri comes four times-one each in the months of Chaitra, Aashadh, Ashwin and Magha.The Navratri that falls in Chaitra or Basant months in March or April is quite popular. In this Navratri, the ninth day is celebrated as Ram Navami. (The birth of Shri Ram).

The other popular Navratri, falls as Sharad Navratri in the months of September or October. It falls in the lunar month Ashwin, during Sharad ritu.Since it is even more popular and significant Navratri of all the Navratris, that is why it is known as Maha Navratri. On the tenth day after Sharad Navratri, Dussehra or Vijaya Dashmi is celebrated as the victory of good over evil. It urges people to get rid of the negativity inside them in the form of greed, jealousy, anger, lust etc. On the day of Dussehra, the Navratras are opened. 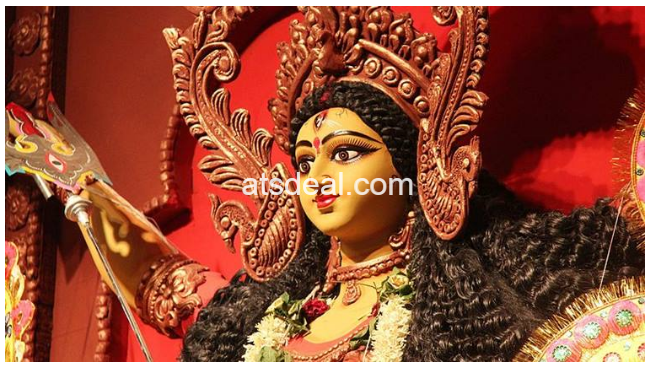 On the first day of Navratri,”Ghatsthaapna” is done in which an urn is filled with water and religiously placed for doing pooja. An ‘Akhand ‘diya is lit ,which is burnt day and night . After this, fast is kept and prayers are offered to the Goddess for nine consecutive days. On the tenth day, 9 little girls are called home. They represent the Goddess. One pays obeisance to them and after serving them food, breaks the 9 day fast and eats.

Navratras that fall in the months of Magh and Asadh are known as Gupt Navratras, simply because not many have heard of them. These Navratras are celebrated by healers who perform specialized tantric rituals. For them, these Navratras are very important. Magh Navratri is celebrated prominently in the Northern region of India while Asadh Navratri is celebrated more by the tantrics of the Southern states of India. Unlike the other two grand celebrations of Navratris, the gupt Navratri are done secretly or without much fuss. During these Navratras too, fasts are kept, donations are given and prayers are performed with the recital of certain shlokas.