Priyanka Chopra and Nick Jonas were married over a three-day affair at Jodhpur’s Umaid Bhawan Palace. Their wedding has been a coming together of two cultures, and this was reflected in their celebrations as well. From the lavish sangeet ceremony to the emotional Christian and Hindu weddings, pictures and videos from the events have been shared online. 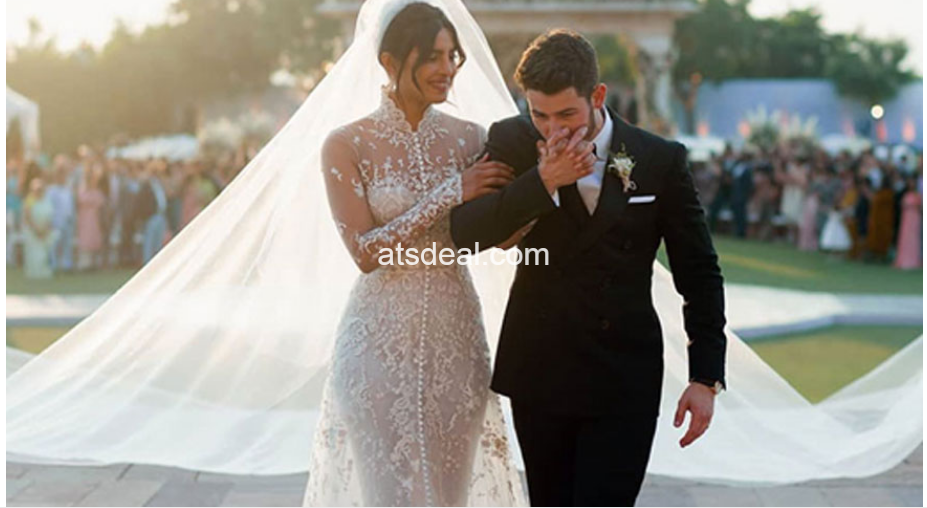 Here’s an inside account of the couple’s pre-wedding and wedding ceremonies.

Priyanka and Nick shared images from their first pre-wedding ceremony, the mehendi, on Saturday. In a joint social media post, the couple wrote, “One of the most special things that our relationship has given us is a merging of families who love and respect each others faiths and cultures. And so planning our wedding with an amalgamation of both was so so amazing. An important part for the girl in an Indian wedding is the Mehendi. Once again we made it our own and it was afternoon that kicked of the celebrations in the way we both dreamed.”

Bollywood actor Priyanka Chopra dances with guests during a ceremony before her wedding with Nick Jonas , at Umaid Bhawan in Jodhpur, India.

Priyanka’s cousin, Parineeti Chopra, took to Instagram with a message about the union of two families. “THE MEHNDI. The job of us bridesmaids was to make sure the bride was happy and comfortable at all times. But we didn’t have to worry about it – coz Nick promised to do it all his life. Welcome to the family Nick jiju!! Im so so happy that the Jonas and Chopra family is now united!!!” Parineeti wrote.

The theme of the sangeet ceremony was ‘boys vs girls’. The ceremony saw Priyanka perform with her mother, Madhu Chopra, on the song Ram Chahe Leela from the film Goliyon Ki Raasleela – Ram Leela. The song Gallan Goodiyan from Priyanka’s film Dil Dhadakne Do was also a big hit.

Parineeti also took to the stage for a performance, while both the bride and the groom’s mothers delivered speeches. “It all began as a fierce song & dance competition between the families but ended, as always. as a huge celebration of love. Nick and I were looking forward to the Sangeet (musical evening). another pre wedding ritual.. and to see what each side had put together,” Priyanka wrote in an Instagram post, sharing pictures and videos from the sangeet. “And what a performance it was,” she continued. “Each family telling our stories through song and dance, filled with lots of laughter and love. We were both filled with gratitude for the effort, the love and the laughter and will carry the memories of this special evening for the rest of our lives. It is an amazing start to a lifetime of togetherness for our families and friends.. *grateful.”

Priyanka and Nick were married in accordance with Christian traditions on Saturday, in a ceremony officiated by Nick’s father, Paul Kevin Jonas Sr. The Mirror reports that the ceremony began at 4:30 pm and was followed by a cake cutting. Priyanka and Nick were dressed in Ralph Lauren ensembles, as were their bridesmaids and groomsmen. The designer label took to Instagram to become the first to congratulate the couple on their marriage.

Their traditional first dance was on Roberta Flack’s The First Time I Saw Your Face, following which they left the venue in a classic red car, owned by the hotel. A fireworks display was organised, followed by a multi-cuisine dinner.

A second wedding ceremony, this time in accordance with Hindu traditions, was held on Sunday at the same venue. But before that, a traditional ‘choora’ and ‘haldi’ ceremony was held at around 12:30 pm, according to the Mirror. Women wore bracelets embossed with the initials ‘NP’ while the men wore broaches.

Priyanka, 36, wore a red sari, while Jonas, 26, was dressed in a traditional outfit and turban, People magazine reported late Sunday. Nick arrived on a ‘ghodi’ and with a full ‘baaraat’. The two-hour wedding ceremony was followed by lunch. An after party that went on till the early hours of the next day was organised. “Nick did a beautiful job following the customs of a Hindu ceremony, it was lovely seeing how they honoured both of their heritages,” the report quoted a source as saying.

Nick and Priyanka will fly out of Jodhpur on Monday, for Delhi, where they will host a wedding reception on December 4. Another reception for their industry friends is being planned for a later date.

t’s going on: Priyanka Chopra and Nick Jonas will get hitched. Here’s all that we know so far about the couple’s.

wedding dress redIn their own manner Priyanka’s look was totally different from mehendi, sangeet, multiple wedding functions to once wedding reception ceremonies. beyond any doubt, we have a tendency to got several awe-inspiring moments in these event once event wedding outfits. Indeed, their marriages became instant hit and that we are able to get galvanized for the approaching ceremonial season to require the thrill to a different level.

Spread the love
Tags:Priyanka and Nick