How to Reach: Gaitore has excellent road connectivity as the place is located on the Jaipur-Amer road which is 15 km away from the city. People can also hire autos, taxis or local buses which ply frequently from the city to the monument. 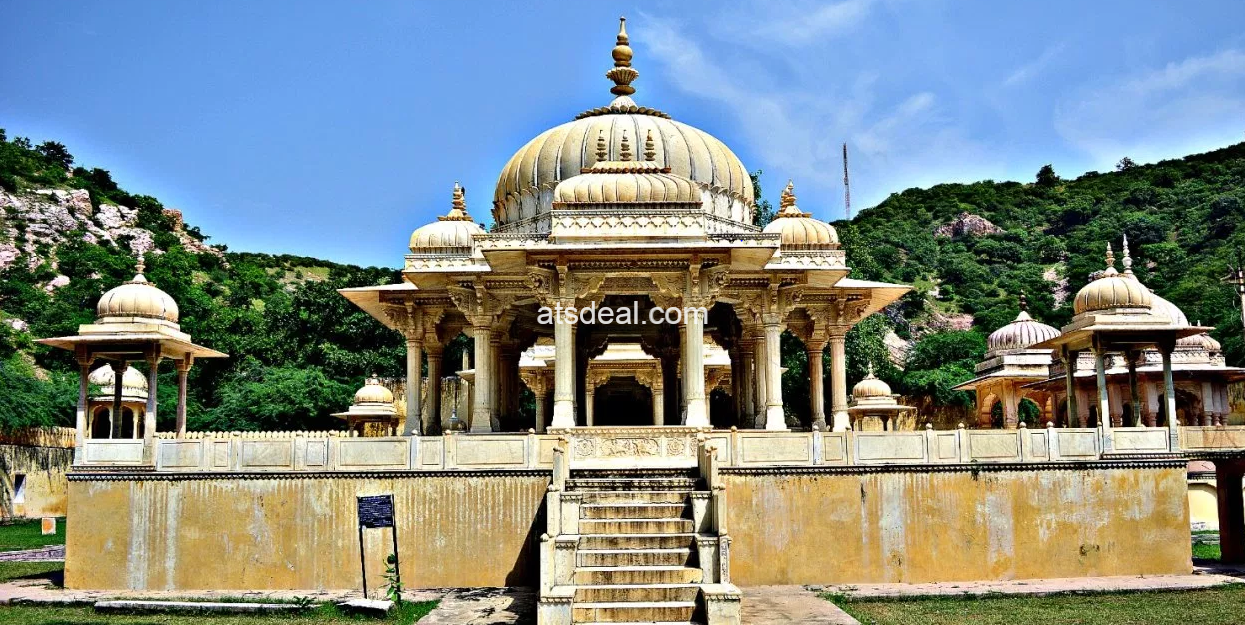 Gaitore, one of the most prominent tourist attractions in Jaipur, is a royal cremation ground for the Kachhwaha Rajput kings and the members of the royal family. The word ‘Gaitore’ is believed to be a mispronounced form of the Hindi phrase, ‘Gaye ka Thor’ which means ‘resting place of the departed souls’. Located on a narrow valley on Jaipur-Amer road, this place is 15 km away from Jaipur. The valley has cenotaphs (chhatri) made of marble and sandstone with Rajastani carvings, dedicated to legendary kings who ruled Jaipur. A perfect blending of Islamic and Hindu temple architecture, Gaitore has cenotaphs of Sawai Ram Singh, Sawai Madho Singh and Maharaja Sawai Jai Singh II and so on. Among these kings, the cenotaph of Maharaja Sawai Jai Singh II is quite impressive with its intricate peacock carvings and designs on beautiful white marble structure. It is said that the carvings on each cenotaph reflects the taste of the respective king. Read further to know more about Gaitore and its historic significance.

aitore, the royal cremation ground of the Kachhwaha Rajputs, was chosen as the designated place by Maharaja Sawai Jai Singh II, the founder of Jaipur, after he shifted the capital to the city. From 1733, the cremation of every Kachhwaha king was done here. The only cenotaph which is missing from here is the one of Maharaja Sawai Ishwari Singh whose cremation was done in the city palace complex in Jaipur.

The cenotaphs of Gaitore symbolise the perfect blending of Islamic architecture and Hindu temple architecture. These are open domed pavilions which are built on a raised platform. Among the various cenotaphs dedicated to Sawai Ram Singh, Sawai Madho Singh and Maharaja Sawai Jai Singh II, the one which is dedicated to Maharaja Sawai Jai Singh II stands out. This cenotaph, made of pure white marble, is decorated with stunning peacock deigns and patterns. The carvings in each cenotaph reflect the style and taste of the specific king and the culture which was prevalent in his time. Traces of paintings which once decorated the walls of the cenotaphs can still be seen. 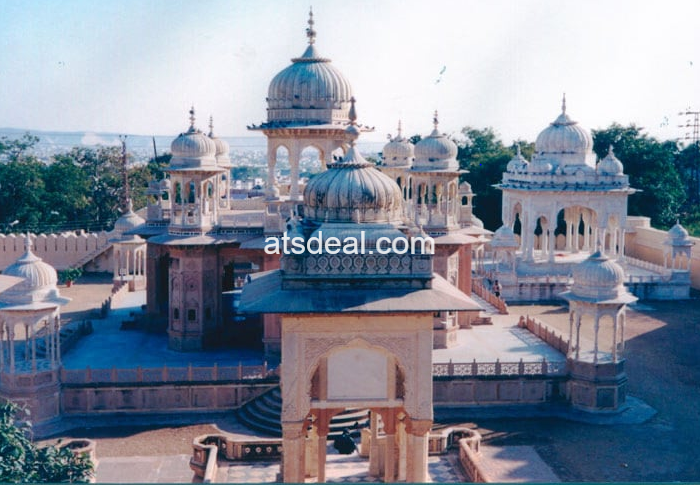 There are plenty of tourist attractions near Gaitore which include City Palace, Govindji Temple, Jantar Mantar, Hawa Hahal, Nahargarh Fort, Jal Mahal, Moti Doongari and Lakshmi Narayan Temple and so on.

Gaitore, the final resting place of the Kachhwaha Rajput monarchs, takes us back to the splendid royal heritage of the kings of Jaipur. Its cenotaphs are a perfect blend of Hindu temple and Islamic architecture and have attracted the attention of Indian as well as foreign tourists.