Lehenga or Ghagra is a form of skirt which is long, embroidered and pleated. It is always worn under Choli. It is secured at the waist and leaves the lower back and midriff bare. The ancient version of Lehenga evolved from Bhairnivasani, which in turn evolved from the Antariya when stitched on one side became tabular and was worn gathered together at the waist, and held by a girdle. In various designs and patterns today this attire has opted a new name Designer Lehenga Choli and is the most valuable apparel of Moksha Fashions. 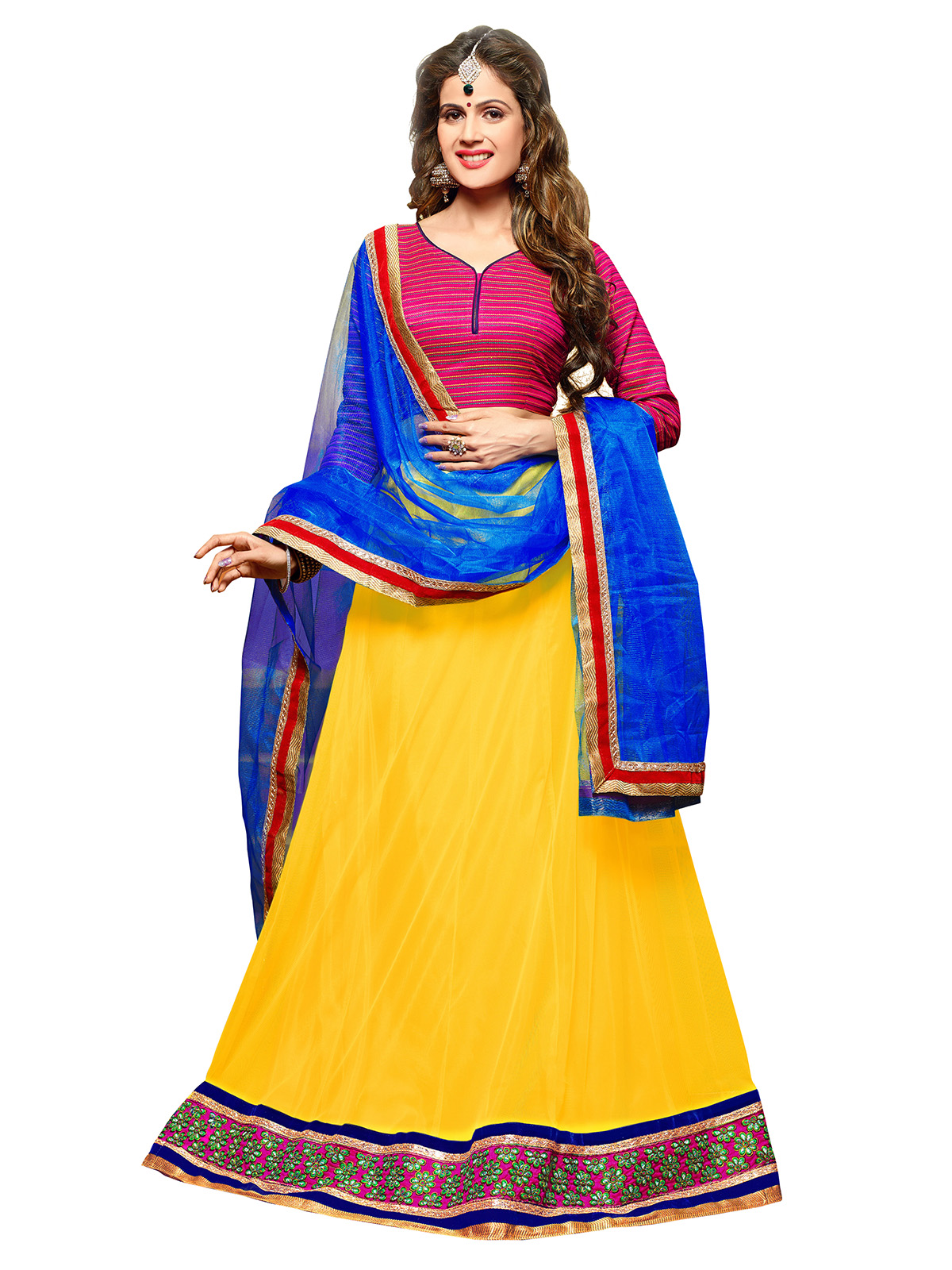 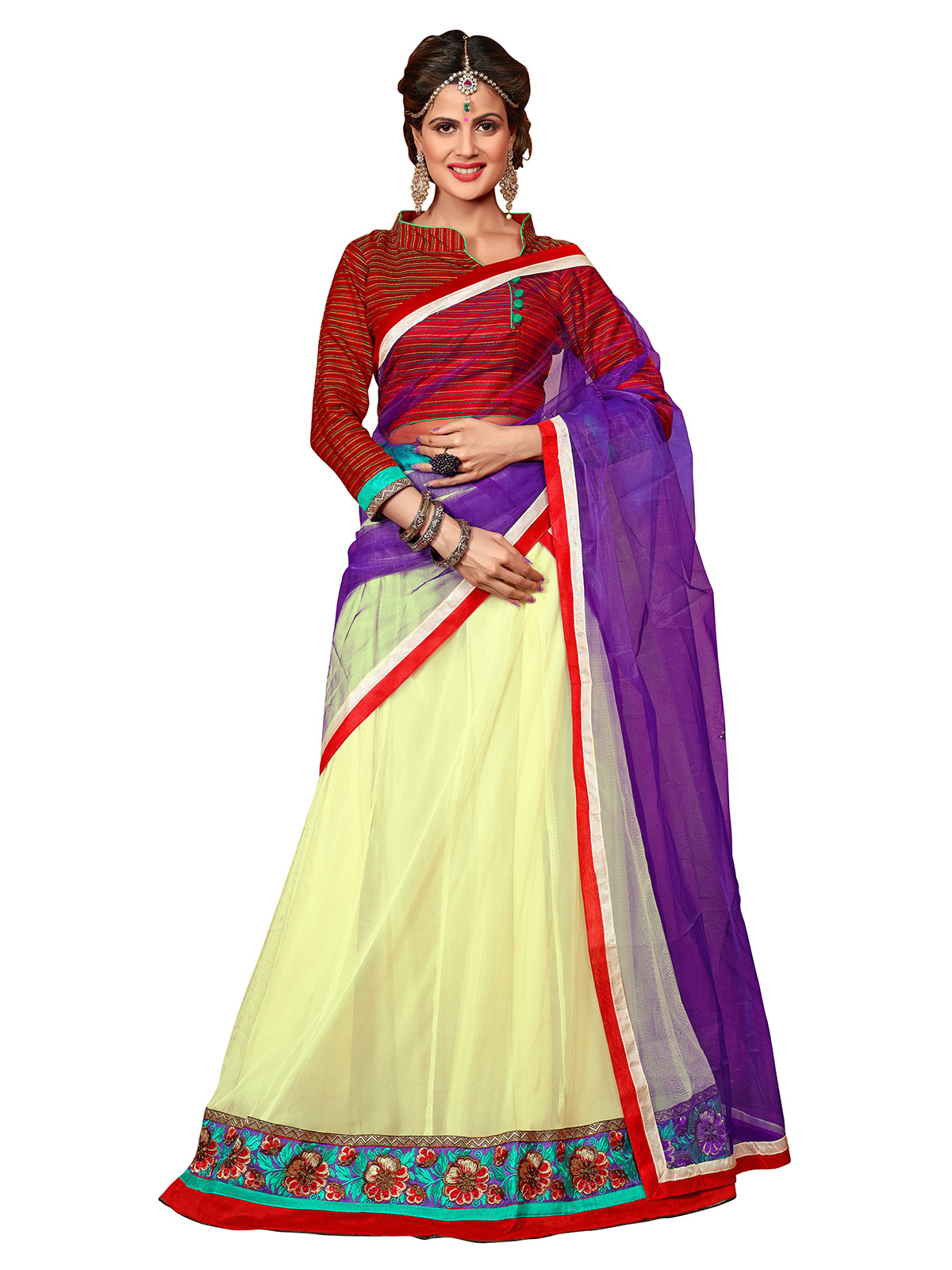 Not only fabric but also the way of stitching plays an important role in enhancing the beauty of the Designer Lehenga Choli. With a wide variety of embroidery and embellishment work like Zardozi, Gota,Zari, Nakshi, Shisha, Phulkari, Chikankari, Kundan Designer Lehenga cholis are available at Moksha Fashions. For festivals like Navratri, the ethnic Shisha embroidery is popular with a bit of patchwork. For formal weddings, the embroideries heavier in Sequins, pearls, Zari are used. 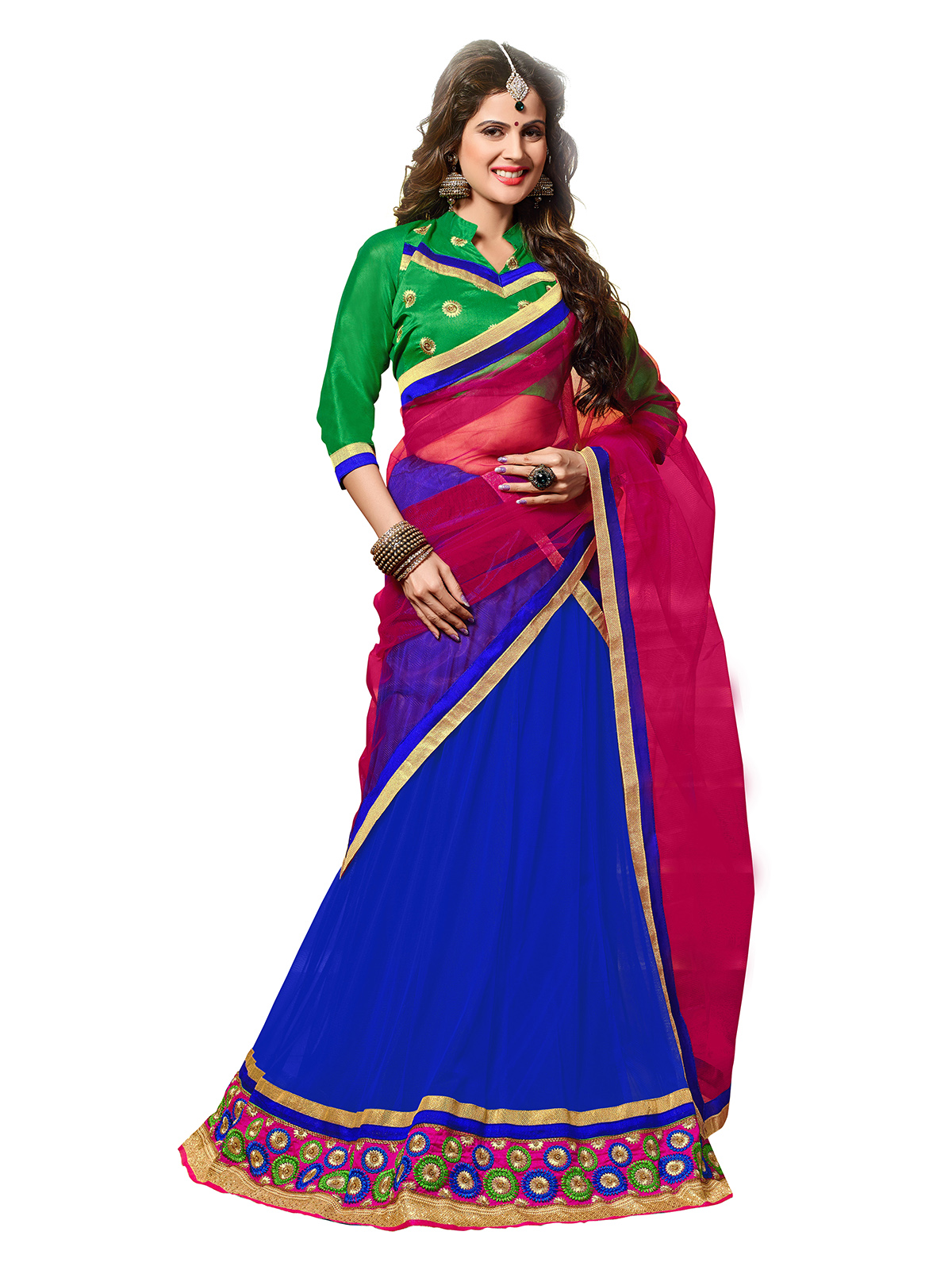 Worn during Weddings and Festivals Designer Lehenga Choli is the first choice of females. This is due to the traditional Indian culture as well as of the fact that it is available in variety of fabrics with many different unique choices. Traditionally, the sari and the Designer Lehenga Choli are the most demanded attire for bride in India. 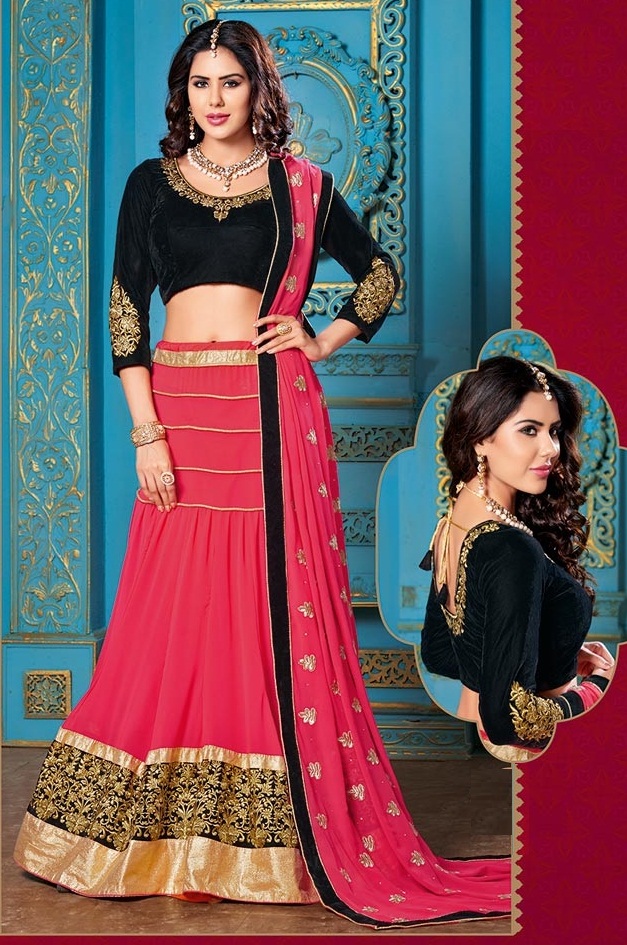 Moksha Fashions is recognized in selling the Designer Lehenga cholis which are not available in the market. The Unique pieces of this attire can be found at Moksha Fashions at the price best suited to your pocket.
Spread the love